TRAIN WITH THE FATHER OF BJJ IN CANADA!

At Marcus Soares BJJ Academy you get Authentic Brazilian Jiu-Jitsu training like it was meant to be.

New members are always welcome to join our team. Come and experience what it’s like to train with genuine teammates. We have 3 locations for your convenience – Vancouver, Langley & Maple Ridge.

LEARN ABOUT THE BENEFITS OF BJJ 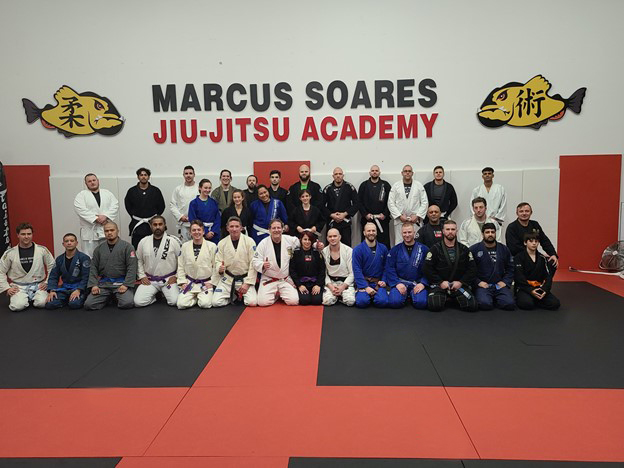 Carlson Gracie is known for having created the most dominant team in possibly any sport ever. He did so by opening the famous Carlson Gracie Academy where he started the very first group classes in Jiu-Jitsu (previously BJJ was only taught in one-on-one sessions), he also opened the doors of his gym to the lower classes, and allowed students to train without paying, asking in return full commitment and to step up in competitions. In the process, Carlson assembled one of the greatest teams that ever competed, with fighters like our founder Marcus Soares, Ricardo Liborio, André Pederneiras founder of the Nova Uniao Academy, Murilo Bustamante world champion and UFC middleweight champion as well as founder of Brazilian Top Team, former UFC Light-heavyweight Champion Vitor Belfort “The Phenom”, Walid Ismail (another BJJ legend) among many others. 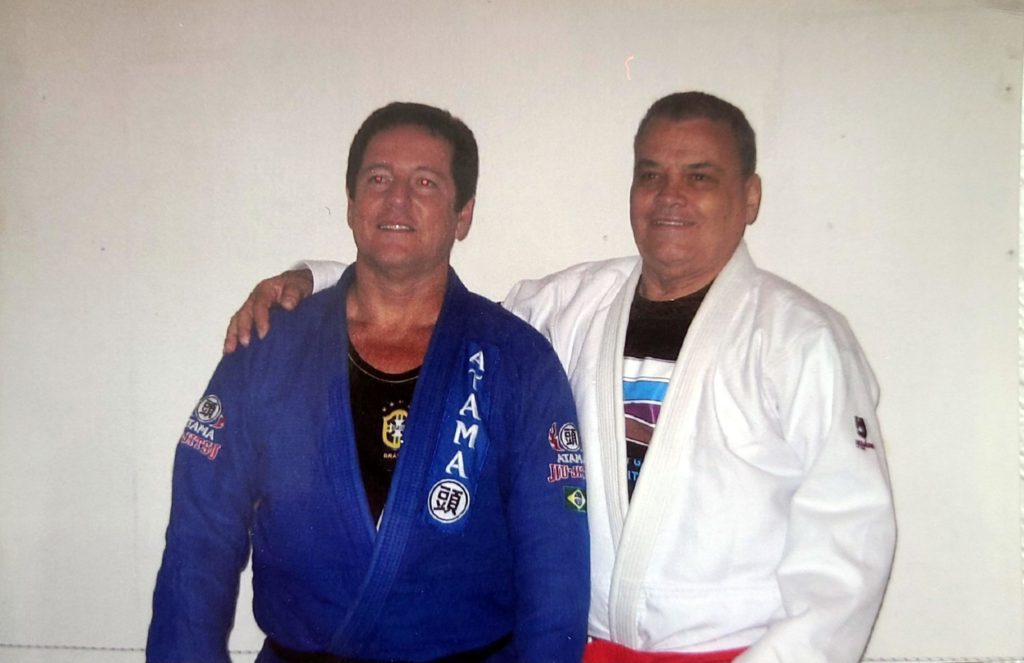 Whether you are looking for martial arts school for self defense, physical fitness or you want to be the next MMA superstar, take the first step towards achieving your goal.

“GREAT ORGANIZATION, MARCUS IS GREAT WITH KIDS, HIGHLY RECOMMENDED! MY BOY IS LEARNING SO MUCH. THANKS!”
Dave AhnVancouver
“OUR 7 YEAR OLD SON HAS BEEN TRAINING HERE FOR 1 YEAR NOW AND HE’S HAVING A BLAST! WE STARTED HIM IN THIS CLASS SO HE COULD HAVE FUN AND BURN OFF SOME OF HIS NON STOP ENERGY, AND NOT ONLY IS HE LOVING THE WORKOUT BUT HE’S LEARNING ABOUT TEAMWORK AND GETTING SOME SERIOUS SELF-DEFENSE LESSONS. I WOULD HIGHLY RECOMMEND THIS TEAM IF YOU’RE LOOKING FOR THE BEST INSTRUCTION AND FUN FOR YOU AND/OR YOUR KIDS.”
Brad HawkinsLangley
“MARCUS IS AN AMAZING TEACHER THAT GIVES INSTRUCTIONS CLEARLY, AND THOROUGHLY. HIS KNOWLEDGE IS UNMATCHED, AND THERE IS NO QUESTION HE CANNOT ANSWER. THE HIGHER BELTS ARE VERY HIGH CLASS IN CHARACTER, AND IN JIU JITSU. THEY ARE VERY WILLING TO HELP AND SHARE THEIR KNOWLEDGE. EVERYONE IS WELCOMING, AND MAKES YOU FEEL A PART OF THE TEAM. UNDER MARCUS YOU ARE GETTING WORLD CLASS TEACHING OF CARLSON GRACIE JIU JITSU, YOU WILL GAIN CONFIDENCE, AND DISCIPLINE, AND GET INTO SHAPE. I AM GRATEFUL THAT I AM A STUDENT OF MARCUS, AND THANKFUL FOR THE GREAT TEAMMATES AND FRIENDS I HAVE MET.”
Chris Subrata Langley
“NEARLY 2 YEARS IN NOW, AND 2 YEARS FOR THE BETTER. ENTERING MY LATE 30’S NOW AND NEVER FELT FITTER. MARCUS IS AN EXCELLENT INSTRUCTOR AND THE STUDENTS ARE MY SECOND FAMILY. WELL WORTH PAYING A VISIT IF YOUR INTERESTED IN JIU-JITSU.”
Saemus MurrenVancouver
Previous
Next

6 Values Children Can Learn from Taking up Martial Arts

All about Brazilian Jiu-Jitsu and Its Youth Programs

6 Values Children Can Learn from Taking up Martial Arts

All about Brazilian Jiu-Jitsu and Its Youth Programs

Why Brazilian Jiu-Jitsu is an Excellent Martial Art