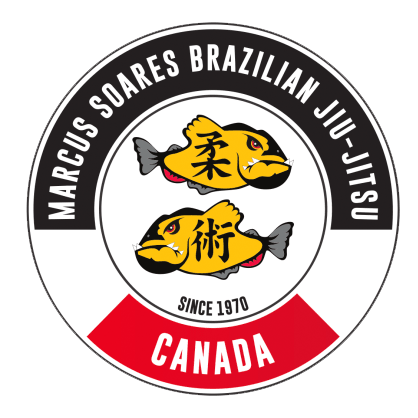 Master Marcus Soares is dedicated to the art of Jiu-Jitsu and making sure that it is taught in its purest form. Keeping in tradition with the generations of masters before him, he truly believes that authentic Brazilian Jiu-Jitsu is the most rewarding path.

Master Marcus Soares is an 8th degree Master and delivers the highest level of training and instruction and has been studying the art for 47 years and is widely referred to “the encyclopedia of Brazilian Jiu-Jitsu” or ““Father of Jiu-Jitsu in Canada”. Marcus’s strict attention to detail and expert level experience in Brazilian Vale Tudo assist in ensuring that his fighters are fully prepared for all ranges of Mixed Martial Arts competition. Marcus has extensive knowledge of teaching “Authentic Brazilian Jiu-Jitsu that is effective” and has taught all over the world. He has trained world class fighters and trainers. Some notable names are Denis Kang, Conan Silveira, Ricardo de la Riva and some other local MMA Fighter.

Marcus Vinicius de Macedo Soares was born and raised in Copacabana Beach, Rio de Janeiro, Brazil. He has been a member of the Carlson Gracie Jiu-Jitsu Team since 1970 (the first generation).

Today, Marcus Soares is the most experienced Carlson Gracie Team Professor in activity. During all this time in his career, Marcus has had the opportunity to instruct and to spar with some of the best and finest Brazilian fighters of our time. From 1970 to 1981, Professor Marcus Soares was a very active and successful member of the Carlson Gracie Team, the #1 Team in the world for over 3 decades.

1968 – Encouraged by his uncle, Herrmann Portes Gerber, Marcus started his weight training at 11 years old and got strong really fast. After eight months, he was able to develop one time the weight of his body (154 lbs or 70 kg). He was invited to be an Olympic lifter, but declined once his main goals were to train Jiu-Jitsu and Judo.

1970 – Marcus was introduced to Carlson Gracie by his Uncle Herrmann that used to be one of Carlson’s training partners. He started his training at Carlson Gracie Academy at the age of 13 years old. “It was love at first sight, I’ve met the right instructor at the right place and at the right time, kids are natural grapplers and it was very natural for me…

I still remember how hard it was the training and how hard I used to get beat at, once I was training just with adults. I miss the old days very much and all my friends and training partners, Sergio Iris, Wander, Fabio Macieira, Walter Soldado, Walter Guimarães, Tuninho, Marcelão Domingues, Pinkuda, Zé Roberto, Arthur Virgilio and his brothers Ricardinho and Julio, Lacerda, Mr. Domingos and so many others that is hard to remember all of them.”

As a young teen, Marcus was already one of the strongest members of the team, due to his very hard weight training for two and half years, but, of course, his technique and conditioning had a lot to improve. So, Marcus started to intensify his jiu-jitsu training, and also to train water-polo, rowing and running. “I remember that I and Rolls Gracie were the only members of the team that worry and used to do conditioning training, something very new in Brazil at that time (1970’s).”

1975 – Marcus began his university studies in Economics, and he was invited to be a member of Gama Filho University Judo Team (once jiu-jitsu wasn’t part of the University Games). During this time, he kept his hard training with the best Judo Team in the country.

The quality of instruction was very high, and once a year Prof. Pedro Gama Filho (the owner of the university), brought the best Judo Masters from Japan (like Sensei Yamamoto, 6th degree black belt, Tokyo Police instructor) for 30 to 60 days courses.

1978 – Marcus graduated and got his bachelor diploma in Economics.

1979 – After years of teaching at Carlson Gracie Academy, Marcus decided to open his own school at his home, it was a huge 10,000 sq. ft triplex apartment in Copacabana, and at the last floor the school was established. “I began to create a very strong team, always representing the Carlson Gracie Team.”

Many good fighters started their training with Marcus, as the De la Riva brothers (Ricardo, Sérgio and Carlos), Silveira brothers (Conan and Marcelo), and many others.

“My students always received classification at the Carlson Gracie Team Trials, originally we were only allowed 2 competitors for each weight category, and sometimes we had up to 20 competitors in one weight category. To win the club trials was always harder than winning any other competition.”

1980 – Marcus began another university course (Physical Education), which enabled him to develop in his students, not only the technical expertise, but also perfect physical conditioning, the most important attribute for any successful fighter.

He also opened a fitness school (Academia de Ginástica), something very popular in Brasil, and for many years used to teach those kinds of classes and also work as a personal trainer.

1983 – Marcus graduated again, this time he got his Diploma in Physical Education.

1986 – A very happy and special year to Marcus, his daughter Leticia was born.

1996 – After receiving a student from Vancouver (BC, Canada), for some private classes at the Carlson Gracie Academy, Marcus was invited to teach in Canada. She liked Marcus’s methodology of teaching and his vast knowledge about the art very much.

1997 – March 9th his mother passed away and 2 days later Marcus left Brasil to start his very successful teaching career in Canada. His journey started in Miami, where he went to visit his former students Marcelo and Conan Silveira. His next stop was to Los Angeles, to visit Carlson Gracie and to discuss his plans for opening the first Carlson Gracie affiliate Academy in Canada.

“My first 3 months in Canada were the toughest 3 months of my life, losing my mother, away from my daughter, my family and friends, without speaking the language properly, no Brazilian friends and trying to adapt to a new country, new culture and a new life style was very hard, specially the change from Capocabana Beach to Abbotsford (known as the Bible Belt Area), where I lived my first 3 months in Canada. So, I had insomnia and nightmares for 3 straight months, every single day.”

With the help of Mr. Pascal Elissalde, Marcus established his school in Vancouver at the Olympic Gym, and on April 7, Marcus held his first introductory class. His main goals were to properly teach all the Brazilian jiu-jitsu basic techniques curriculum (developed by him) to his students and to put the Canadian fighters on the BJJ scene.

On his first group class in Canada, Marcus did promise to his students that he would build a very strong team and would stay in Canada until promoting at least one of his students to black belt. “It’s not easy but it’s not impossible”, said Marcus. Today, the Marcus Soares BJJ Team is very well structured, with several representative schools in Canada, Mexico and South Africa.

Years after Professor Marcus Soares arrived in Canada, his influence and teachings are clearly evident in the champions that he has produced. His students are very fortunate to receive such high level of training and instruction from the man who was widely been referred to as “The encyclopedia of Brazilian Jiu-Jitsu” (Grappling Magazine). Marcus’s strict attention to detail and expert level experience in Brazilian Vale Tudo assist in ensuring that his fighters are fully prepared for all ranges of Mixed Martial Arts competition.

“My very special thanks to 3 people that was very important in my formation as an athlete, as a fighter and as a human being. My uncle Hermann Portes Gerber helped me with all my sports initiation and my University studies. There is only one word to describe him “GENIUS.” My very good friend and mentor in the art of fighting, my Master Carlson Gracie, the most amazing and efficient jiu-jitsu that I’ve ever seen in my entire life. Prof. Pedro Gama Filho, great friend and also great training partner, someone who dedicated his life to help the development and the popularization of the grappling arts (Judo, Jiu-Jitsu, and Luta Olímpica) in Brazil.”